This year, there is one thing that Santa Claus has been asked for more often than anything else

At Santa Claus Office in Rovaniemi, it is always known what the most popular toys and gifts are. This year, however, people across the world have asked Santa Claus for one thing more often than anything else: peace – and it has become the main theme of Christmas this year. The busiest season has begun at Santa Claus Office, and more than 170,000 visitors are expected over the course of November and December. Sustainability is strongly present especially this year, and Santa Claus Office has been granted a Sustainable Travel Finland certificate. 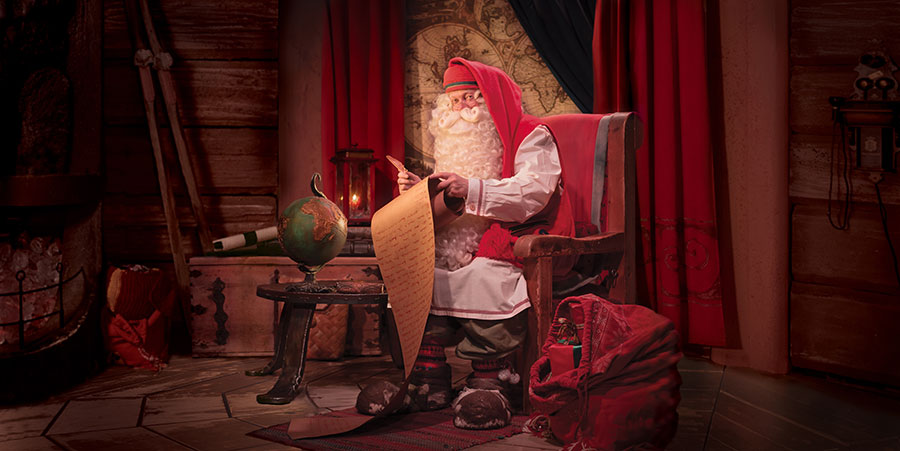 As usual, Santa Claus has received numerous wishes for gifts. This year, however, there has been one wish above all others: peace. The messages also often mention the words ‘sharing’ and ‘caring’.

‘It is touching to think that even though time and centuries change, the most beautiful essence of Christmas – peace and good will – are preserved from generation to generation. This year, my own Christmas wish is that we would all help those who need it,’ encouraged Santa Claus at the Christmas opening event in Rovaniemi in November.

Santa Claus has many eager visitors

The Arctic Circle is buzzing as the number of visitors coming to Santa Claus Office is returning to the pre-pandemic level of 2019. According to the Head Elf Minttu Kariniemi-Aula, Santa Claus has visitors from all corners of the world. A video call with Santa Claus, which was introduced during the pandemic, is still a popular option.

‘The video calls have remained as popular as they were during the pandemic. It is an easy way to contact Santa Claus and the distance won’t prevent anyone from fulfilling their long-held dream.’

Santa Claus receives visitors and listens to wishes at his Office in the Arctic Circle, but still does not shake hands or have visitors sit on his knee. Hand sanitiser is used frequently at Santa Claus Office and you are encouraged to visit only when you are healthy.

‘A balanced relationship with nature is one of Santa Claus’s and the entire office’s most important values: pristine and healthy nature is one of the best gifts we can give to future generations,’ summarises Minttu Kariniemi-Aula, the Head Elf at Santa Claus Office.