The first year at Lapland Hotels Arena was a successful one

The sold out events this year at Nokia Arena in Tampere have been reflected in the booking rate at Lapland Hotels Arena that is located in the premises of the arena.
The hotel, which is celebrating its first anniversary in December, has received praise from the customers, especially for being so convenient. The easily accessible hotel has everything a guest needs in one place: accommodation, dining, meeting rooms and saunas. 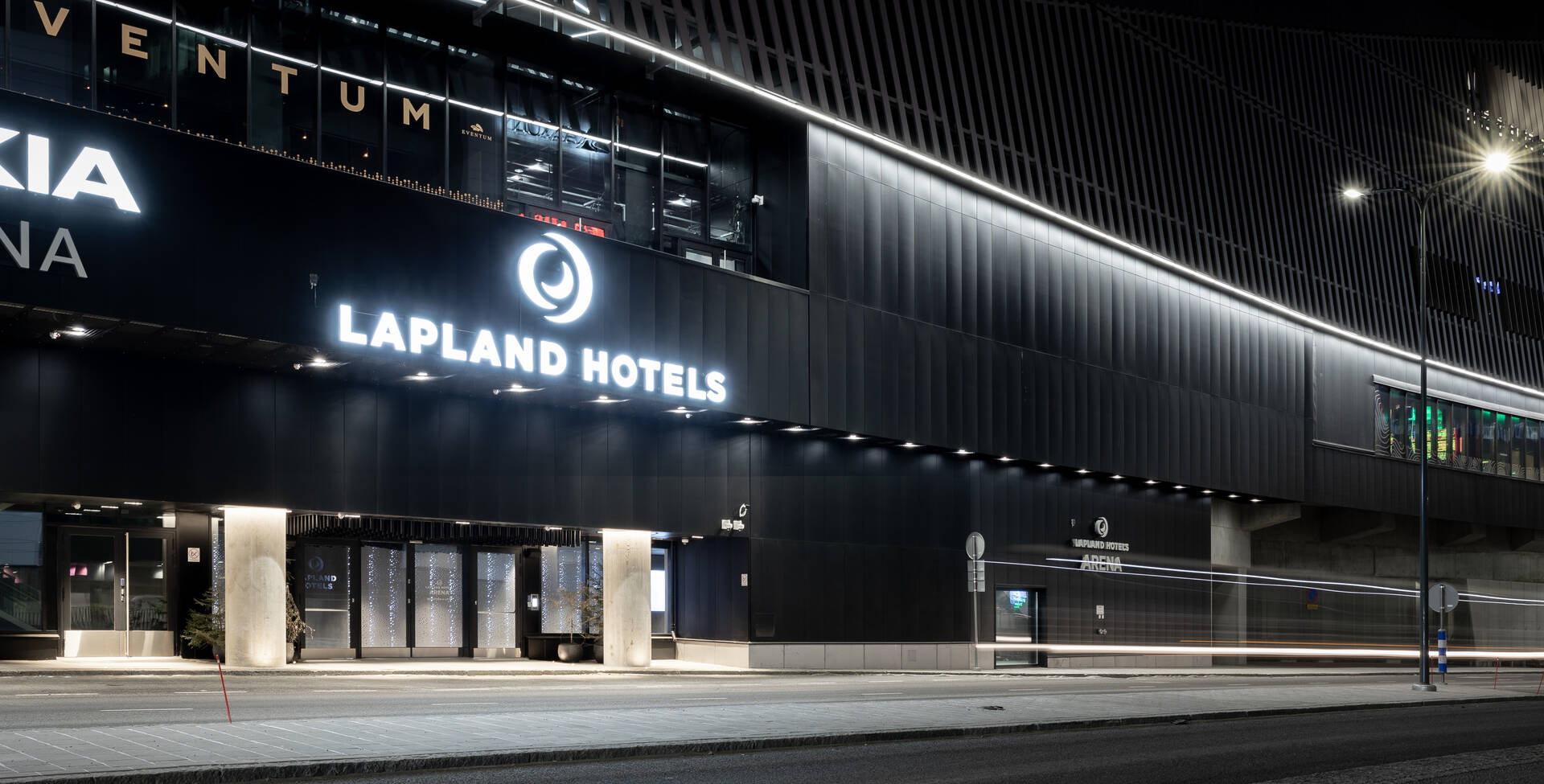 Having opened in December 2021 in the centre of Tampere, Lapland Hotels Arena has found its place in the hearts of tourists and city residents. The hotel attracts a wide range of visitors, but especially the events held at Nokia Arena are reflected in its occupancy rate.

– The event visitors have discovered our complex of services very well. Customers have been excited that you can enter the events from inside the hotel and that they can spend the whole weekend at the Arena. Our great accessibility in the city centre, of course, makes people want to use the opportunity and go shopping or sightseeing as well,” says the hotel manager Janne Mönkkönen.

During its first year, the rooms with saunas and Deluxe rooms have especially been among the most booked room types at Lapland Hotels Arena. The hotel has more than 70 rooms with saunas, and the roof of the hotel hosts a spectacular sauna world, which is open to everyone.

View rooms, which are a rare sight in Finland, have been in demand, especially after Nokia Arena hosted two NHL games in November. The Arena View room allows a hotel guest to follow the events happening at the Nokia Arena directly from their hotel room.

– Staycations, also known as spending a holiday in your home town, are still a popular activity, and people book rooms from us for this purpose, both on weekdays and weekends. Many come for a pampering holiday: they want to have a sauna, stay overnight and eat well. The people in Tampere have also discovered Saivo restaurant and have been particularly satisfied with the food there,” Mönkkönen says.

The lifting of the coronavirus restrictions imposed at the beginning of the year, the invigoration of the event industry and the return of business tourism have been strongly visible in Lapland Hotels Arena during this year. For example, the versatile and easily customizable facilities of meeting and festive world Lumoamo have delighted business meeting participants with their modern technological solutions.

– There has been a shortage of big new event venues in Finland, and large concerts have moved to Nokia Arena from Helsinki. At the same time, people have a great pent-up demand for concerts and events, companies have started to organise parties again and business travel is returning back to normal. We can see it all here. The number or foreigners is the only thing that hasn’t returned back to pre-COVID levels, says Leena Turunen, Regional Director.