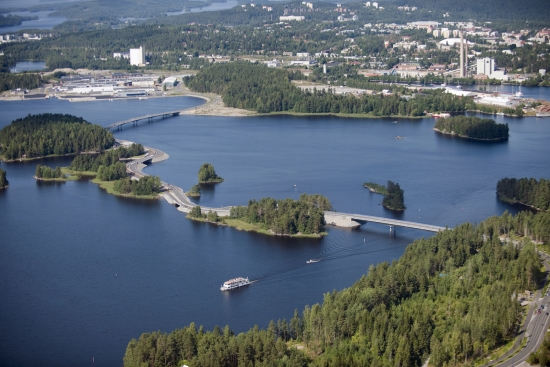 Alongside Lapland Hotels city hotels in Oulu and Tampere, opened in 2015, the high-standard Lapland Hotels Bulevardi is also set to open for business in the months to come. Lapland Hotels Kuopio will be joining the chain after its renovations are completed. Cumulus Kuopio staff will become employed by Lapland Hotels.

Lapland Hotels’ city hotels place the adventure and charm of modern Lapland into the midst of city life. The straightforward hospitality of Lapland, its modern northern lifestyle, and its unique relationship with nature can be seen in the hotel interior and in their service.

“We’re glad to have the opportunity to open a hotel in Kuopio, a strong and active provincial centre in Eastern Finland. We’ve received excellent client feedback on our hotel concepts in Oulu and Tampere, and inspired of that, we also want to bring a distinctive and rather different-looking hotel alternative to Kuopio,” CEO Ari Vuorentaus of Lapland Hotels, states.

Lapland Hotels offers experience-rich and charming restaurants. Each restaurant uses authentic ingredients from Lapland. The chefs' creations range from reindeer to the bounty of nature – mushrooms, lichen and other delicacies.

“At the restaurant we are building in connection to the Kuopio hotel, we are bringing an entirely new offering to Kuopio’s restaurant scene,” Mr Vuorentaus says.