This year’s finest Christmas gift is a good mood

Santa’s helpers in the Santa Claus Village in Rovaniemi, Finland, receive half a million letters a year, with one clear theme highlighted this year. Alongside traditional material gifts, a good mood and spending time with loved ones have risen to the top of the wish lists. Santa Claus is now appealing to all those in the Christmas spirit to help children have a memorable and merry Christmas.

This year, the well-being and happiness of children has been raised as a special theme
in the soon-to-be 30-year-old Santa Claus Office in the Arctic Circle. The effects of COVID-19 are clearly visible in the children’s letters, the number of which far exceeds last year’s.

“We have been living in strange times for almost two years now. It’s a long time for all of us, but think about, say, a six-year-old child:
the pandemic has lasted nearly a third of their life. Last Christmas, COVID-19
was hardly reflected in the children’s letters, but this year there has been a change. The children ask Santa for more intangible things, such as time to be spent together with loved ones,” says Head Elf Minttu Kariniemi-Aula, Santa Claus Office.

Santa Claus is now challenging us all to together make the Christmas-of-all-time for the children and the childlike.

“Concerning news about the well-being and coping of children and young people has been seen around the world. With Christmas approaching, it’s time to transform that concern into a challenge of good will. I hope that this year, we will all do our part in making a happy and memorable Christmas for the children. One that they will remember decades later as a genuine Christmas of old times, sharing their memories with their own children and grandchildren,” says Santa Claus.

Lapland Hotels and Lapland Safaris, which belong to the same group as Santa Claus Office, want to do their part in reducing inequality and helping children and young people in Finland by offering families a Christmas gift of time to be spent together by donating about 10,000 euros worth of accommodation gift cards to low-income families through Save the Children. Save the Children is a politically and religiously independent non-governmental organisation founded in 1922 that promotes the realisation of children’s rights in Finland and around the world.

This year, the number of visitors to the Santa Claus Office is expected to increase fivefold compared to the previous year. The number of visitors in December is estimated to reach about 75% of the corresponding figure for the latest record year, 2019. Continuous attention is paid to the safety of both visitors and staff: visitors are required to wear a mask and a transparent plexiglass in the shape of a gingerbread
helps maintain safe distances to Santa Claus.

“Shaking hands and touching others is not appropriate in these times. We are living in exceptional times, and perhaps that is why visitors appreciate meeting Santa even more than before. People have started to come back here. For example, one and a half years passed without any proposals of marriage taking place in the Office, but this autumn they have once again become a weekly occurrence,” Kariniemi-Aula enthuses.
Santa Claus can also be met via a remote connection. Video calls and streams, which became popular last year, as well as recordable video greetings personalised for customers are available for ordering again this season. You can also order products with a Christmas, Arctic Circle or Lapland theme for yourself or your friends from the Santa Claus Office webshop. The most popular ones have been a surprise gift and
a letter from Santa Claus. 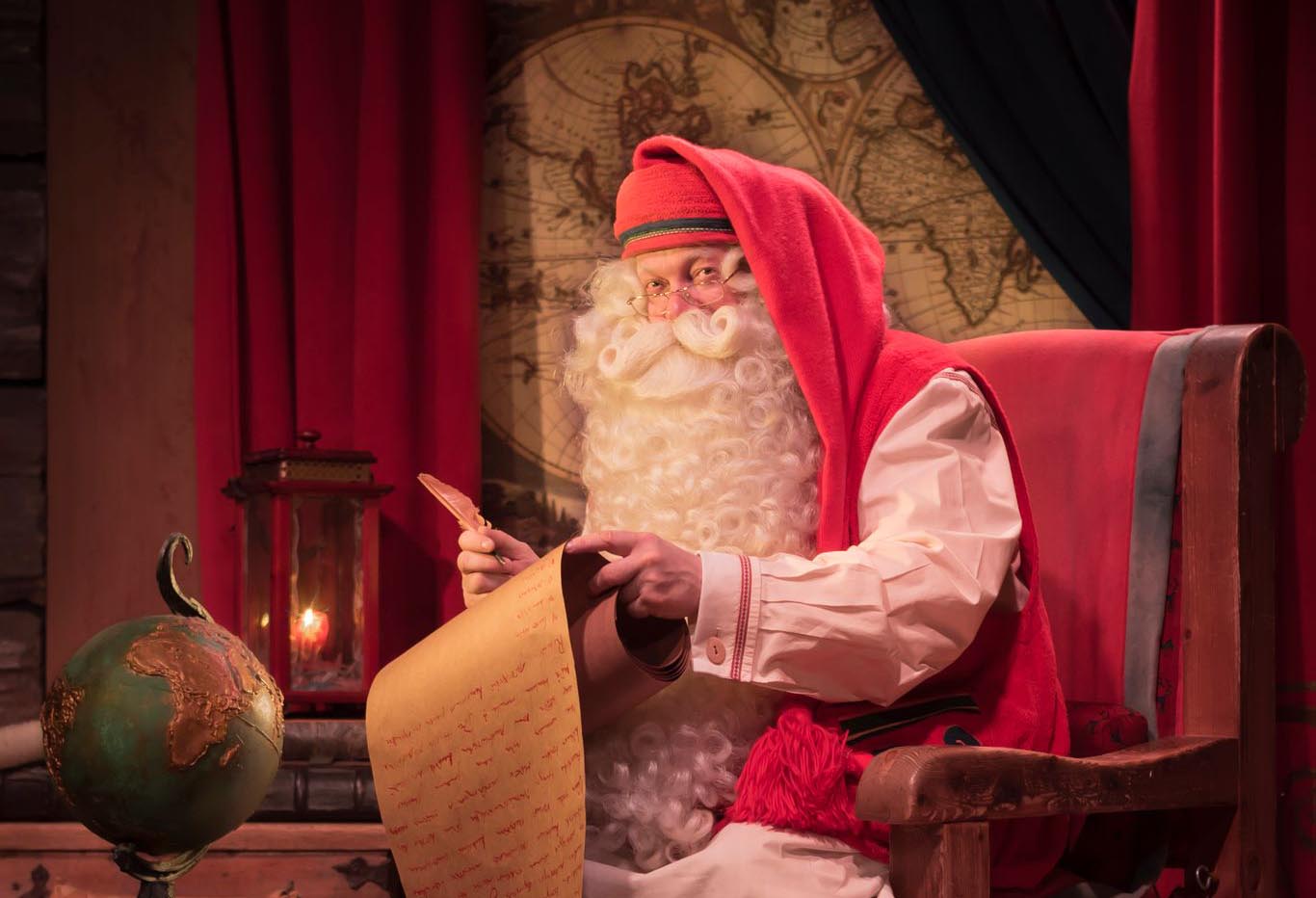